Want to grow in evangelism? Try, try and try again! 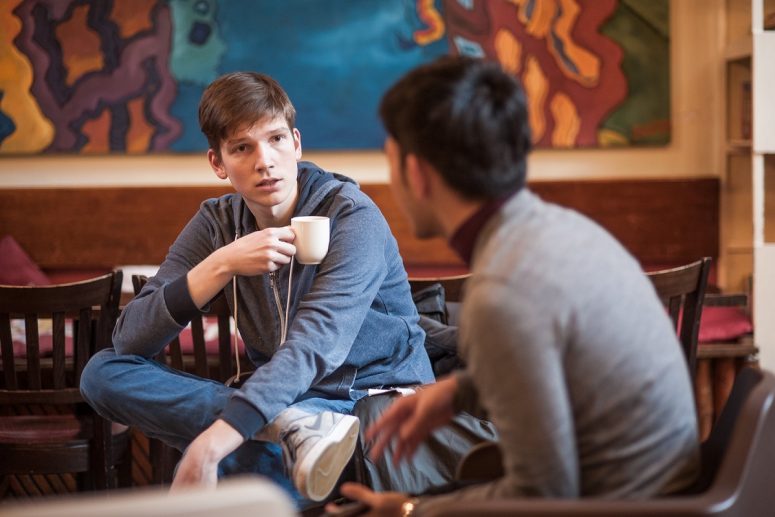 During my time working as a volunteer in the Christian Shelter-hostels in Amsterdam, I learned a lot about evangelism. A manager told me: “Trying three times and succeeding once is better than not having tried three times at all”. So I decided to step out (uncomfortably, haha) and see what happens! In this blog, I will tell of three accounts where I had the opportunities to talk to people and to grow in evangelism.

Small group challenge: Talking about Jesus with a stranger

I was walking one afternoon beside the canals of Amsterdam. Our small group challenge for the week was to talk to stranger on the street about Jesus. TALK ABOUT A CHALLENGE. I was still feeling pretty jittery and somewhat nervous. For some reason, I feel like it is easier to talk to someone I know about Jesus rather than someone I do not know. But if you want to grow in evangelism, you just have to step out, right?

I saw a girl sitting alone taking a lunch break by the canal so I asked her if I could sit with her and she said yes! Her name was Fenni and I felt like I should jump straight to the point. So I went for it and used my food analogy: imagine if I would say I brought some of my favorite food, and that it is the best thing I have ever had? Would you be interested in tasting it as well? She answered “Yes!”. When I told her that this food was a relationship with Jesus, she responded with an disappointed “Oh”. She explained to me that she believed in a higher being who governed the universe, but did not believe in God nor in the fact that Jesus existed. She said she did not think people should force their beliefs onto others. We got into a debate about believing and knowing. I told her that the one thing that I knew was that the God and Jesus love her immensely. That was about the end of the conversation. So I thanked her for her time, got up, and left.

I still think about that interaction with her. I don’t know if I was too direct with her and should have been more gentle in bringing up Jesus. Maybe I should have dived more into the hurt and listened to her more, plunging perhaps into her misconceptions about who God was. But what was said was said and there is nothing I can do to change the past.

Another conversation about God

There was another man I met that day, also sitting by the canal. His name was Vladimir. I was surprised by his hospitality because when I sat down, he pulled out this organic dark chocolate. I decided to go with a slower approach. We slowly got to know one another and eventually he asked what I was doing in Amsterdam this summer. I told him I was working at a Christian Hostel right outside the red light district. From that, I was able to ask him if he had any experiences with the church. He said he had actually grown up in the Church and that his parents were still believers, but he no longer believed in God. He told me that he didn’t want to talk about this subject anymore.

I, wary of how my conversation twenty minutes ago went at this point, backed off from this topic and asked him what his travels were like. When that topic began to die down however, I felt the Spirit prompting me to go back to the topic of Jesus, but I really did not want to. I ended up awkwardly asking him “So I know you said you didn’t want to really talk about your experience with the God, but do you mind me practicing sharing my relationship with God with you?” And he said “Sure!”

I began with “In the beginning God created everything in the world and us; and we were meant to live in perfect relationship with Him”. He interrupted me with a question and then went on explaining his view on the manipulation of the church leaders in relation to taxes and scripture taking out of context for forty minutes! That opened the door for me to just listen to him instead of shoving truth down his throat. There were several moments where I interjected and proposed the thought that maybe we ought to separate the imperfections of the people from the perfect God.

He talked about a tiny detail in the Russian translation of a passage that was translated incorrectly from its original. I asked him if I could show him another passage of scripture and ask him if he felt like that passage was also translated wrong or was taken out of context. I felt nudged to share with him Romans 5:8 and I invited him to read it. “But God shows his love for us in that while we were still sinners, Christ died for us.” I did not know the Holy Spirit would lead me to sneak in the Gospel so cheekily!

At the end of the conversation, he stated again that we all have our own beliefs. He even said very honestly that he may not have the right answer in regards to his beliefs, but he was okay with it. I was floored by his humility, but at the same time felt lost because I did not understand how someone could settle with not having truth and instead settle with an answer that does not satisfy. Looking back at it, it is my hope that he was able to see God more clearly that day.

One day, while working in the café, I felt the Holy Spirit call me to raise up my hand and point to someone. So I started pointing at a guest until he made eye contact with me ed-hrvatski.com. After I got his attention, I walked over and began a conversation with him with much ease. He was a really cool dude and I was impressed by his vulnerability. He told me he was waiting for a friend to come down. Her name was Miranda. I invited them both to come to our Open Mic night later that evening. They came later that evening and they performed some songs with us!

The next day was my day off. I felt the Holy Spirit tell me, “Share Jesus with Miranda”. I was like “Okay, but not today”. So the next day, I was biking really fast to the hostel for my shift. I still do not know why I biked so fast, but as I was about to come into the hostel, Miranda was heading out of the hostel. I told her my shift ended at 9 and would love to talk to her and she said “Sure!” We talked later that evening and I got to know her better. The topic of what I was studying came up and I told I wanted to become a pastor. She told me she grew up going to Church but was no longer was a part of it. There it was. I felt like that was the door, so I asked her more about it.

Miranda told me that she did not know much about Christianity or even God. So she asked me questions like “So who is the God you believe in” and “How do you know more about who God is?” From that, I was able to ask her if she had a Bible. She said she had one at home, but not with her. So I got up, ran to get a bible and handed it to her. I gave her two guiding frameworks to never forget when reading the bible: that God is a God who loves you immensely and that the Jesus who interacts with the people in this bible is the same Jesus who loves you right now.

I asked her if she was ready to have a relationship with Jesus Christ. She told me that this would be a big decision and she would need time to think about it. I really appreciated her honesty and was glad she was taking it all very seriously. The next day she told me that she read the first few pages! I was amazed and really excited to see what God would do on the rest of her journey. She left that afternoon to continue with her journey across Europe.

So here is what I have been learning. How will people come to know Jesus if we do not step out to have those conversations in the first place? Although none of these three people came to faith, that is not to say misconceptions about who God were not broken down, that hearts were not softened a little more, and that people did not hear the gospel. In fact, I know God is constantly drawing people to him, not desiring that any should perish, but that all should come to repentance (2 Peter 3:9). I know God misses these people and longs for them to come back home to him more than I could ever. So we have to keep on trying.

I think I am getting over my personal fear of failing in conversations, knowing that it is not we who convict their hearts or can radically change their beliefs. God does. It is up to them whether or not they choose to believe or not in who Jesus is. I found out it is fun proclaiming Christ and presenting his love for others and seeing how people react to it; and it has been a joy growing in this endeavour.