Turned upside down by God 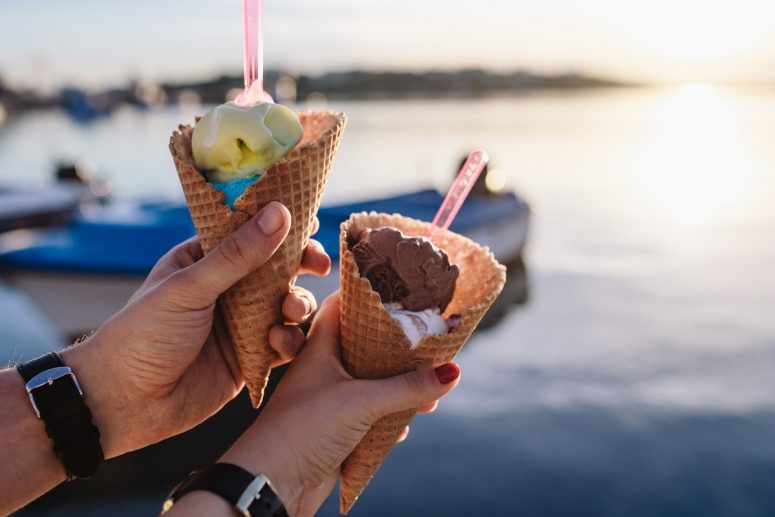 During her teens, Frances from England was living as a rebel. Inside she felt angry. Angry at her parents and angry at the world, that felt so cold and lifeless. Until she came in contact with an ambiance of love and caring for each other at church. Frances began a journey, that finally would lead her to The Shelter Jordan youth hostel.

‘Unfortunately I can not tell you anything exiting about the village that I grew up in, located in eastern England. There was little to do, it was a boring village. So I tried to make my life more exiting myself. In my teens I started to act like a rebel. I went out often, I was drinking a lot and had many different boyfriends.

My mother grew up in a Christian home, but in her twenties she took distance from it. Since then she did not want to have anything to do with it, she was kind of “anti-christian” so to speak. Even though my parents sent my two sisters and me to Sunday school one day, so they could have a break. We thought the things we learned at Sunday school to be very interesting. We were asking a lot of questions about the Bible. This was not the reason why our parents sent us there, so when they found out we were being curious, they kept us home.

When I was twenty, it went to Nottingham to study psychology. There I was living in a ‘student house’. It was a difficult time for me. My relationship that had lasted three years just ended. My heart felt cold. I might sound egocentric, but I was overwhelmed by the lack of care for me at this house. It was ‘all man for themselves” . I was longing for community, to a place were I could feel secure.

A friend of mine took me with her to a church service at the evangelical church of Nottingham. There I did experience this care I was looking for. People were looking after each other, they were sincere. There was an atmosphere of love. Actually it was a shocking experience for me, while I never experienced this atmosphere at home with my family.

Although I experienced this, I did not believe. I was longing to believe in a God that loved me and was looking after me, but there were to many obstacles.

I did not understand the sermons and the prayers and I started a new relationship. After six months I stopped visiting the church. I tried to find security with my new boyfriend and not at church anymore. He was not a believer. I thought: ‘if I  go to church they will tell me to end this relationship’. I did not want to do that.

In this time I was living a free lifestyle. I was smoking a lot and I was not serious about studying. I skipped many classes. My parents were worrying about me. During the second year of my study it seemed like my life turned out for the better. I was more serious about taking classes and I had a nice boyfriend. From the outside I seemed to be fine. But still…Inside I was lacking peace. I was still angry and grumpy.

A good friend of mine came to faith in these days. She asked me “Would you like to go to church with me?” The church service on Sundays was a bridge too far for me, but to go visit a small church group during the week seemed like a nice idea. The atmosphere at the last church was good, but I found it difficult to make contact with new people. This was different at the church of my friend. There were more people of my own age, very soon I made some new friends.

After a few weeks I thought: “I will just visit the Sunday service as well, I will see what happens”. What I saw there made a great impression on me. I saw people that really had contact with God. I never saw something like this before. This was what I was craving for! But the doubts stayed. I also felt guilty and thought: “I am only looking for God when I am having a hard time, that’s not fair.” “You don’t want that your friends are treating you in this way, right?” Somebody from church pointed out 2 Corinthians 11, where it says that you are strong when you are weak. That God especially wants you to come to Him when you are feeling weak. This was encouraging for me.

When I was speaking about my doubts with a friend of mine, she told me: “Why don’t you just ask God to reveal Himself to you?”

This evening I prayed, for the first time of my life. I said: ”God, if you are really there, then show it to me, because I feel so confused.” Three hours later, I was at a church evening, somebody came over to me, somebody I had never talked to before. Out of the blue he said: “God wants you to know that you are His child, He loves you”. I was completely overwhelmed. I thought: “Oh my goodness, God answered my prayer!”

A burden fell of my shoulders. My fear, my panic, my anger, it all disappeared. I was no longer grumpy. Step by step Gods Spirit began to transform my personality. The understanding that God is real, gave me an incredible feeling of happiness.

God is alive, He is real!

This all happened one and a half year ago, and I am still ‘up side down’.

I changed from being a depressive person to someone who is happy, grateful. Life is so beautiful and it has a purpose now! Before, when somebody was unkind to me, immediately I was feeling very sad. Now I can put this in perspective. My identity is in what God thinks of me, not in the opinion of others. God makes it even possible for me to be nice to people that are not kind to me.

Before I was a believer, I was sure that I would never leave England. England was my place to be, it was secure. The world outside was too unsafe. But after God revealed Himself to me, fear was lost. I received a desire to share the Gospel with others. I finished my bachelor-degree and before I started my master I had some time to do something else.

Through one of my contacts I got information about the Shelter, which really appealed to me. People at my church were a bit worried. “You just became a Christian”, they said, “Is it wise to go abroad in this soon?” But I did it even though.

No, I don’t have any regrets, on the contrary, the Shelter is incredible! I planned to work here five weeks, but I extended with six more weeks. The people here, their attitude, the atmosphere, the community, it is great. Here I learned to lead Bible studies, to join evangelisation nights, all this I never did before.

Most of the cleaners that work here are unbelievers. It is amazing to see how open they are to faith and to have conversations about life-questions. During the Bible studies they have so many questions that we decided to reserve some extra time to come together to discuss all of them.

My time at the Shelter is finished. I will go back to England. But if I stay there? God set me free from my fear of traveling, so the world is open!