Sharing God’s love in the Jordan 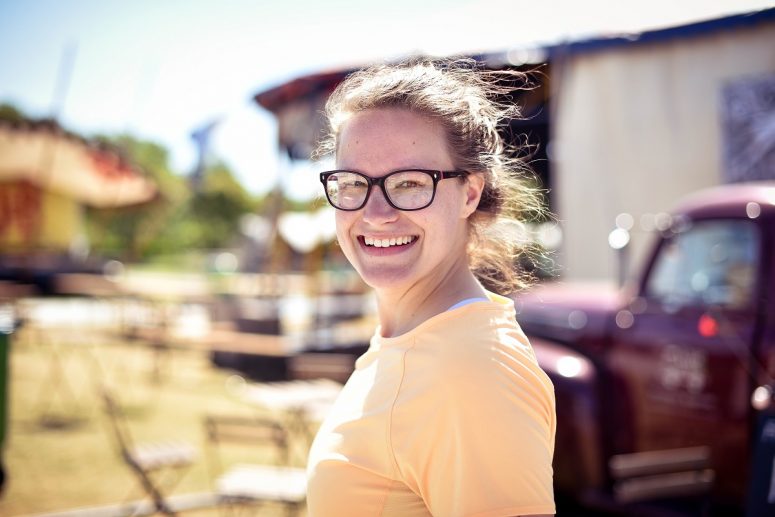 Staff member Mary Beth (24) from the United States worked for six months in the Shelter Jordan. During her stay, she wrote blogs about working, living and sharing the gospel as a volunteer in Amsterdam.

The bells just tolled 2:00 a.m, but I am too happy to sleep. Is happy the right word? No, I think saying my heart is singing in excited joy is a better description.

For the last several hours, I have been talking to three Muslim guys from Turkey about God. The Bible; Jesus; Christianity; prayer; forgiveness; heaven and hell; being made in the image of God; baptism; communion; violence in certain countries in the name of their religion; the importance of talking about differences; living in a Christian community. (And their awe that 20-something girls living in a house together with 5 guys didn’t mean bloodshed and feuds). We covered a lot and every moment was fantastic! This is why I came here! This is what I want to do! Share the Good News! The fact that these guys (one in particular) couldn’t let the subject drop and seemed hungry for information about our Savior was just blowing my mind. God is so good! Powerful, mighty!

I didn’t start the conversation with these guys, it was my teammate Lysbeth. She has this natural way of approaching people and opening up an honest dialogue; putting people at ease while encouraging them to share their hearts. She sat and talked with them for a couple of hours at least and then I joined. The fact that this conversation was on my favorite topic in the world just made it even better.

After a while Lysbeth had to do some chores, but as evening receptionist in a very quiet hostel, I had the free time to sit and talk with them. While our Bible collection isn’t as big as our sister hostel in the city center, we did have a couple of Bibles in the language of the guests. Lysbeth gave the Bibles to them. They accepted them and told me later they were looking forward to going through it. It was so cool reading it with them as they would ask questions about what certain phrases meant, what were the big numbers and little ones (chapters and verses), and towards the end of our talk pointing out passages that struck a cord. AHHH! IT WAS SO COOL!

I got to tell them about grace and mercy. We discussed forgiveness and my inability to earn my seat in heaven, but that God gave it to me anyway, thanks to Jesus. We discussed for quite a bit the concept of being given salvation. They found it difficult to fathom that it was just handed out, and that we don’t have to jump through any hoops. They kept getting stuck up on the whole ‘living a different life after being saved’ and it took a little bit to explain being redeemed, reborn. How we want to share this fantastic thing, the best thing in the world, with everyone. It is not a need to measure up to God that leads us to evangelize and change our old ways. Instead it is because God first loved us and His love is transforming.

It is hard not to talk in ‘Christianese’. I finally said “If you had a cure for all cancer, would you only inject yourself, or would you want to share it with the world?”, and that analogy seemed to click. I know it isn’t the brightest or best of examples, but it is a bit difficult to talk across language & cultural barriers.

One guy just kept saying through the evening, “Christianity is so much easier than Islam” and we discussed that for quite a while. There is comfort in man-made ritual, in the feeling that if we do enough good things we can earn our spot in Heaven, so accepting that there is nothing you can do is a hard thing. We had ended our little talk for evening prayer a little after 11:30 and they agreed to join us (ahh!!). My friend ysbeth led it, and she read 1 John 4:7-19. Once again God was showing how He was in control of the evening, because the last subject we had been discussing was God’s love: 1) how once you are redeemed, He doesn’t see your past and your sins and 2) God is merciful, because God is love.

We sat and talked for nearly another hour and a half after the prayer with two girls from Spain (who also joined the prayer and got Bibles) and it was so cool to sit with this crowd of strangers from very different places and backgrounds, but who had spent the evening learning about the Lord! God truly is the unifier.

I could really go into a lot more detail about tonight, but it is nearly 3:00 a.m and I do have to work tomorrow. Just know that God was amazing tonight and I had the best time ever. Nothing is better than sharing about Him with an eager audience! Check my Instagram for a picture of all of us!

P.S. I forgot to say – two of the guys joked with me as we said goodbye: “You never know, next time we are here, we may be volunteers like you!”. They were kidding, but as I told them: “God works in mysterious ways!”. I believe He brought them there for a purpose!