“Do you accept Jesus as your Saviour?” 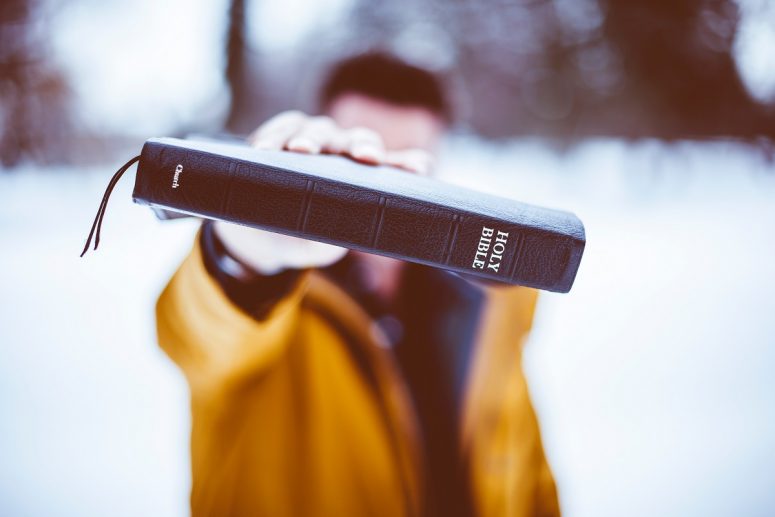 We look back on a really special event. A guest from India gave his life to Jesus after staying three nights at the Shelter Jordan. It all started on Saturday, in the afternoon. Lisa: “I took over the receptionist during the afternoon break, when a guy entered the hostel. His passport said he was from India, so I was curious what brought him to Amsterdam. He told me he studies in Italy and travels around Europe during the weekends. We had a nice small talk and I continued his checkin. “We are a Christian hostel, with volunteers from all around the world. If you have any questions about Christian faith, feel free to ask us anything!”.

“I believe in God,” he replied. “I just don’t believe in religions.” I asked him what religion meant to him and why God didn’t fit in these religions for him. He answered that religion is just following some rules to come closer to God. And he just didn’t believe that God works like that. He mentioned that religions were just all the same. I told him I didn’t agree on that and asked him if I could explain Christian faith to him. I really had the idea that God gave me the exact right words to explain the gospel to him. I gave him the Shelter bible and invited him for dinner to continue our talk.

Lars continues the story: “Lisa told me she just had an awesome conversation with a guy from India and that he was coming over for dinner. She asked me if I could sit next to him so that he had someone to talk to. When we sat down the conversation got spiritual pretty quick. We shared thoughts on Christianity but also on other religions like the Islam and Hinduism and how they correspondent together. I left that conversation quit frustrated because of the fact that his view on ‘my belief’ was so different. I was not talking from a loving motive but from a ‘I want to convince you’ motive. Which obviously did not work at all.

Two days later I led the evening prayer in the hostel. We were about to start praying when the guy walked into the café. I invited him to join and he did. After prayer he noticed a piece of paper with psalm 19 printed on it. It was accidentally left on the table from the bible mediation the afternoon before. He started asking me questions about “rock and redeemer” and how “the skies proclaim His glory”. And the more Davids poem got real to him, the more he started smiling. Partly because of the just simply beautiful poetry, but also because he started to get to know God through this.

I started asking him about the conversation we had a couple of days before and he remembered it. I asked him about his view on Christianity after reading the bible for himself and spending time with us praying together. He answered: “I now see that Jesus is the only one from all the religions that teaches love and compassion.” I was just blown away. He came up with that himself, only three days  after he stated that Jesus, Allah and Buddha where all the same!

I looked him in the eyes and I just saw a completely different person. I told him that God had really been working in his heart because what he said really made sense. He smiled and he told us that he felt God working in him. We explained him everything about God, Jesus and the Holy Spirit, about heaven but also hell, about how it is not in the rules we have to follow but in the sacrifice He made and he was just smiling the whole time. We couldn’t stop smiling and we were just so excited to see the transformation this guy was going through because of God!

So then there came the point where we just had to be brave and take the leap of faith to ask him the question. We read Romans 10:9 and asked him if he believed all of this. If he believed in the sacrifice Jesus has made for him. In the meantime one of the girls I was working with that evening took over all my kitchen chores so that I could keep on talking with this guy (which was amazing) and she looked up when she heard I asked him this question. And the Holy Spirit (and goosebumps) just filled the room when he answered: “Yes I believe everything!” So we prayed with him the sinners prayer and we could welcome him as brother in God’s family!

God is perfect in all of His ways

God provides in many ways. Because during that same evening prayer, the girl that joined the conversation requested to pray if she could finally see the fruit of God in her life. She and two friends had been ministering to people for the past month and were pretty discouraged by all the no’s they had heard by now. So when she asked for Gods fruit in her life, God answered it two hours later.

God showed me that even though I was frustrated about the first conversation I had with the guy, God is bigger and can change an entire heart in just three days.

As mentioned before, our Indian guests studies in Italy. Because it was his last night at our hostel, we wanted to connect him to a local Christian community. That evening our only Italian staff member was in the hostel. And guess where our Italian coworker is from… The same place where the guy studies! So they could exchange church addresses and communities. God used everything to make sure this guy from India was going to be led to Him! He is so great! Please pray for this guest, that he will stay close to God and that he will find a community where he feels at home!