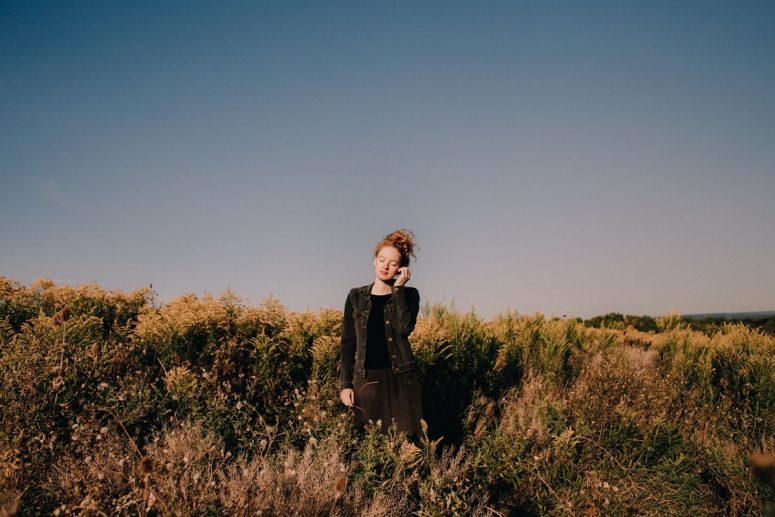 I did not have – in any way – an easy childhood. Most of my favourite childhood memories were those of visiting my grandmother. She brought us Smarties chocolate and she taught my brother and I how to pray. The idea of a father that was always there for me and loved me unconditionally was especially comforting, during this time. I prayed before bed every night for a while, just like my grandmother taught me. She gave me a small cross that I kept in my pocket.

I grew up in an atheistic family out of five children. I was the only one that believed in God. As the youngest, I was often teased, and also teased for my belief, so I stopped praying before bed. Most of my early adolescent years I spent alone in the forest, where I built a treehouse. I found solitude and shelter there. I would pray in that treehouse sometimes and that gave me comfort. However, at the age of fifteen, I stopped praying altogether when a good friend of mine committed suicide. I was angry with God and I stopped believing in Him. I still held onto the cross because it reminded me of my grandmother, but I decided to keep it in a dusty box in the far corner of my bedroom closet. I no longer carried it with me.

At fifteen years old, I asked my mother if I could travel to Ireland on my own. Naturally, my mother replied with a firm, “no.” She paused and added, “maybe in a year,” not thinking anything would come of it. Exactly one year later I brought my mother into my bedroom, lifted the bed, and revealed the money I had saved from working three jobs. So I went. I left my cross in Canada and headed to Ireland. Since that day, I had travelled every year for five or six months, travelling to a total of 40 countries before the age of 22.

Eventually, I found out what interested me the most in traveling: the living, breathing embodiment of history that lingered in the places I visited. So when I returned to Canada after my first trip I started university, majoring in History. Although, during my studies as well as my travel, I still felt myself searching for something more. I spent a minimum of two weeks in each country, learning the languages, the histories, and even the spiritual practices of each. I lived in Japan for three months, exploring Buddhism one summer. Later, in India and in Nepal, I continued to explore various religions and philosophies. In 2014, when I was twenty-one years old, I found myself in Amsterdam, staying at a Christian hostel: The Shelter City.

Here at this Christian hostel, I found shelter. Shelter from my own thoughts and confusions regarding my faith. I opened myself up to attending evening prayers and discussions regarding the Bible. I remember sharing about my youth with a staff member and saying that I have no idea how I became the kind of person that I am today. I said that I was lucky. She answered: “No, you are blessed. You are who you are because God wants you to be the person you are today”. These simple words stuck with me. When I arrived at my apartment in Canada, I found the box of belongings from my past. I dusted it off, opened it up and placed the little cross back into my sweater pocket.

One day I decided to visit a local church in the place where I lived. The modern service began with discussion on the book of Job and then the church band took the stage. Everyone began to sing. I immediately felt overwhelmed; I collapsed and began to cry and I felt the Lord’s hand on my shoulder telling me that everything was okay. Despite all the difficulties in my early life, I was happy, healthy, and enjoying life to the fullest. I became the first person in my family to travel or to attend secondary education and I never understood the reasons behind these paths. Now, I believe it was God who was present with me all along. It was the cross that kept me safe, encouraging me along the way, even when I put Him in a dusty box.

Volunteering at the Shelter Jordan

That year I decided to give my life to Christ. I attended that same church on Sundays until my Master of Arts in History brought me to Amsterdam in May. However, it was God that led me to the Shelter City again. I worked as a cleaner in the Shelter. Everyday I was so pleased to be surrounded by such a heart-warming, welcoming Christian community where I could truly embrace my faith. After two weeks I moved into an apartment in Amsterdam. However, I didn’t believe my time at the Shelter was finished. I applied to work in the Shelter as a staff member, to live in the community house, and share my faith with all those who stay; but most importantly to grow in my faith, in the same place that had led me to give my life to Jesus.

The Lord is my Shepherd.